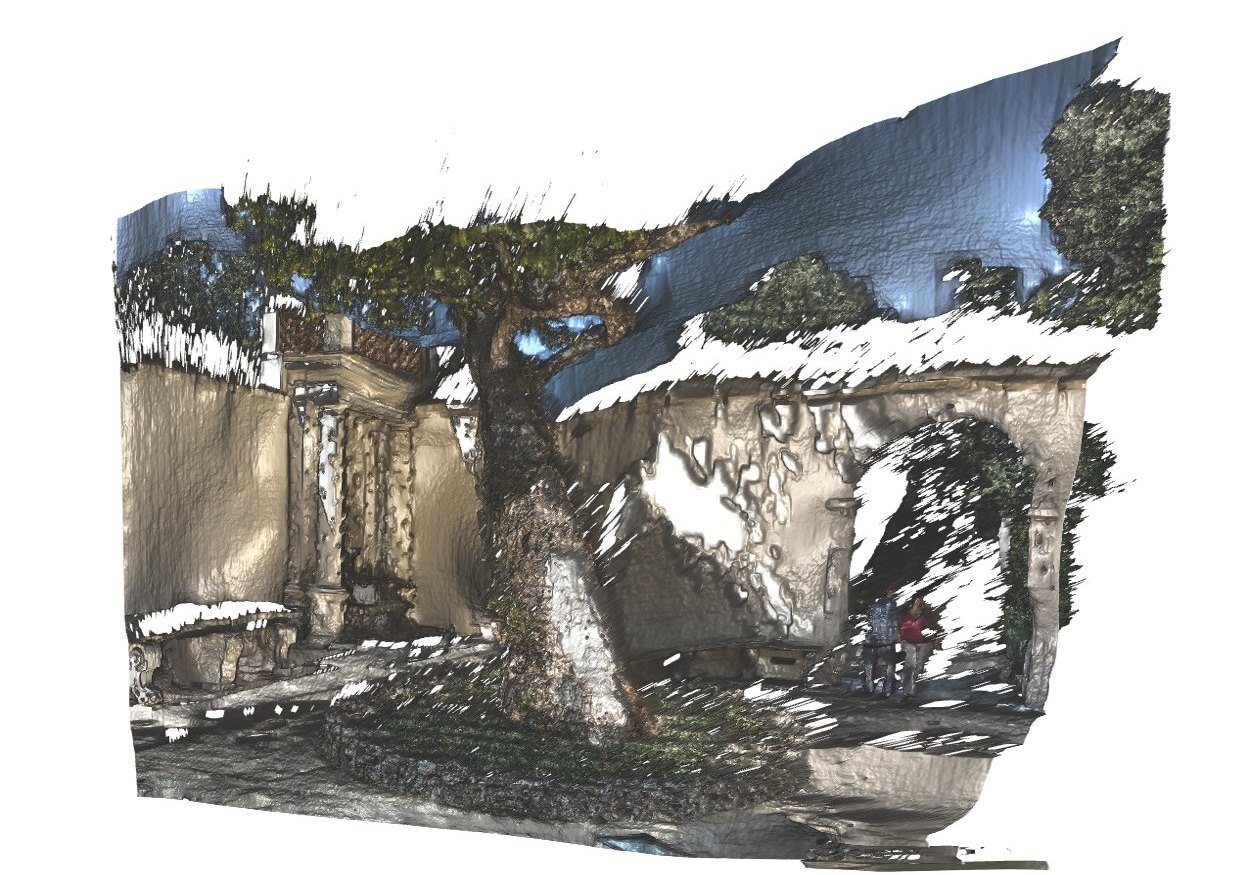 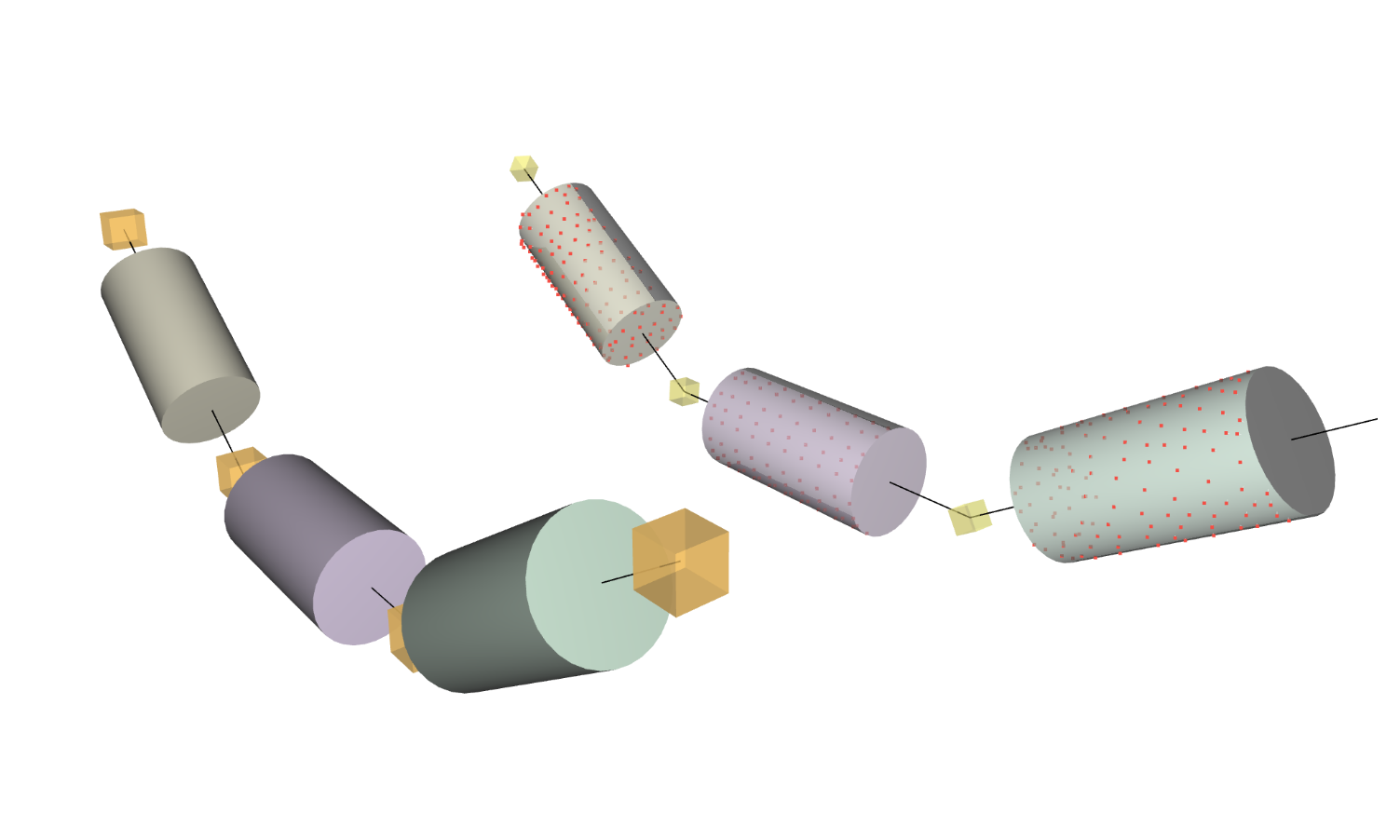 An implementation of articulated ICP paper by Shachar Fleishman [1]. Iterative Closest Point (ICP) is an algorithm employed to minimize the difference between two clouds of points or between a point cloud and a model. In this case we align a point cloud with an articulated model. 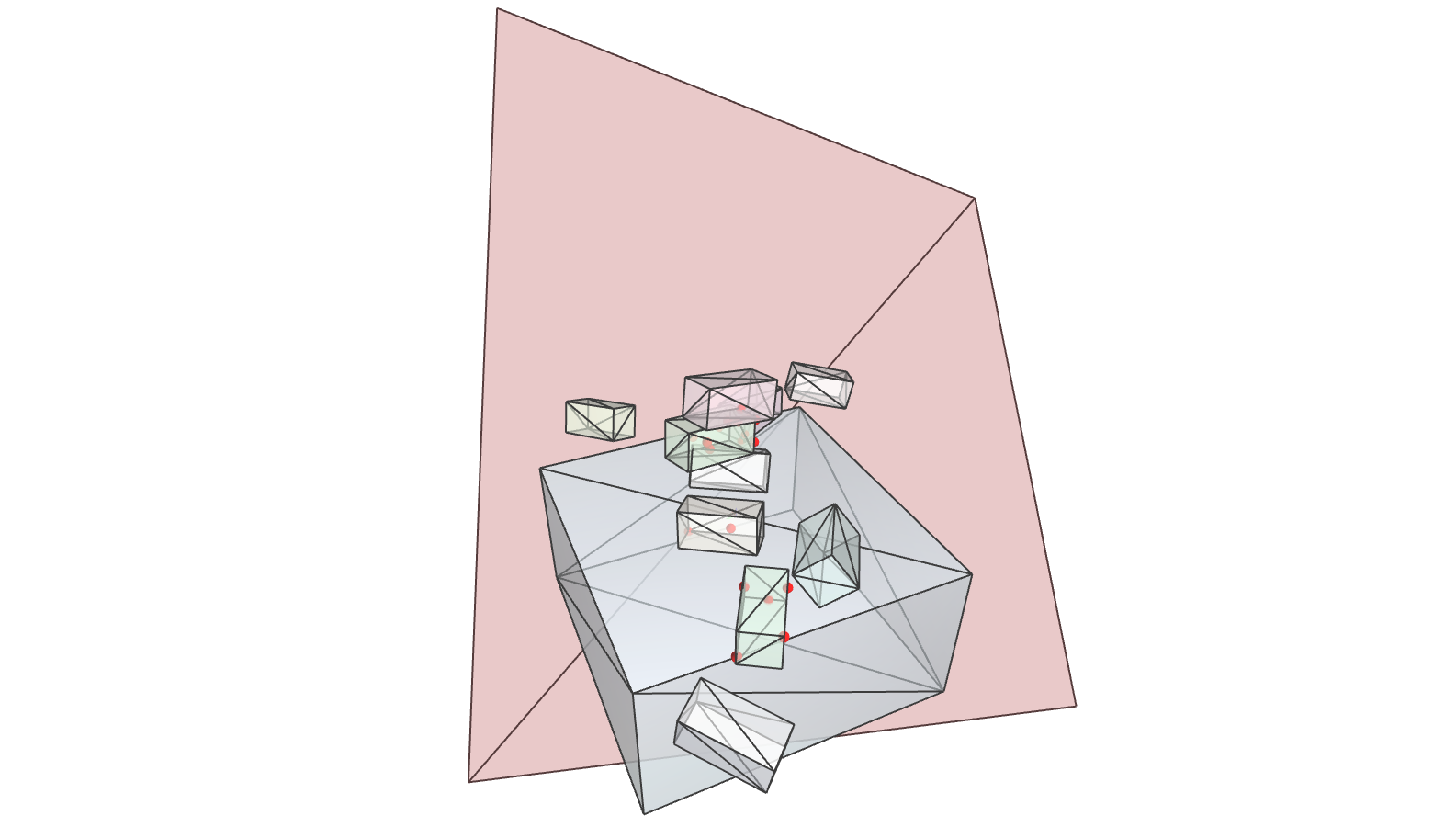 I already experimented with game physics in 2009 and 2010. I refreshed my knowledge of the game physics papers of Erin Catto and verlet integration based game physics of Thomas Jakobsen. 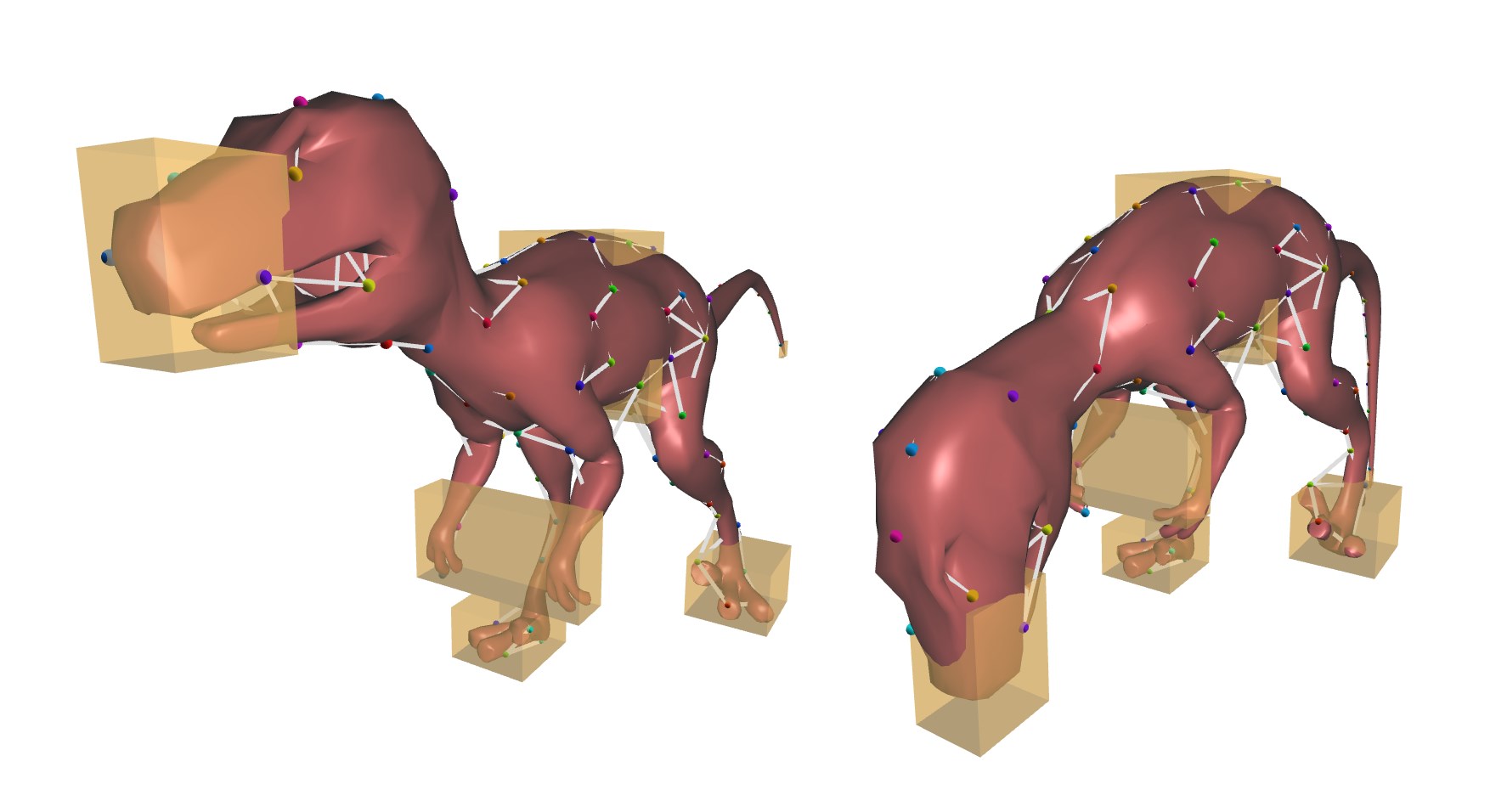 Implementation of the paper “Embedded Deformation for Shape Manipulation” by Robert W. 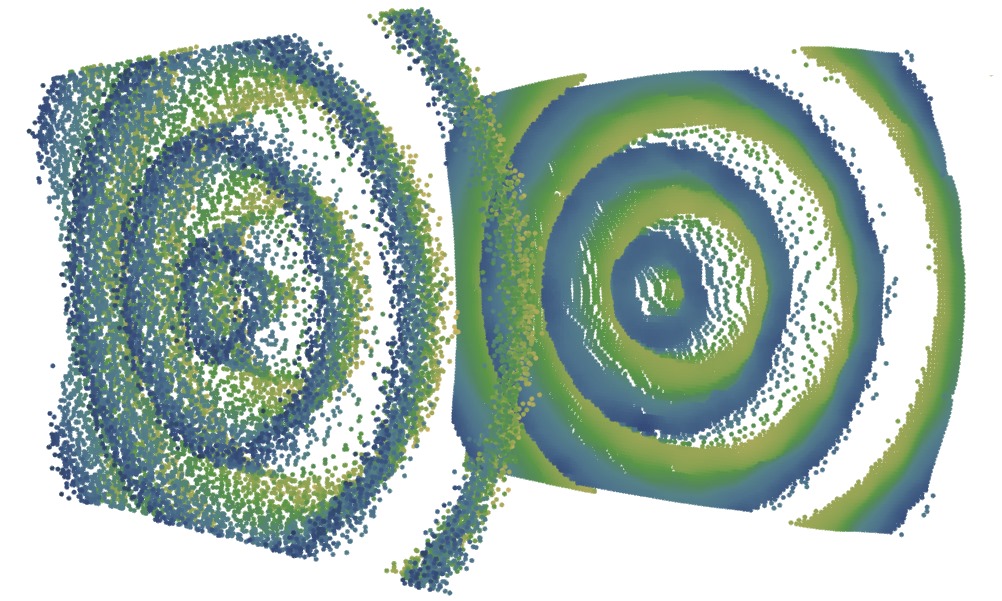 An implementation of the "Shading constraint improves accuracy of time-of-flight measurements" paper by Martin Böhme. 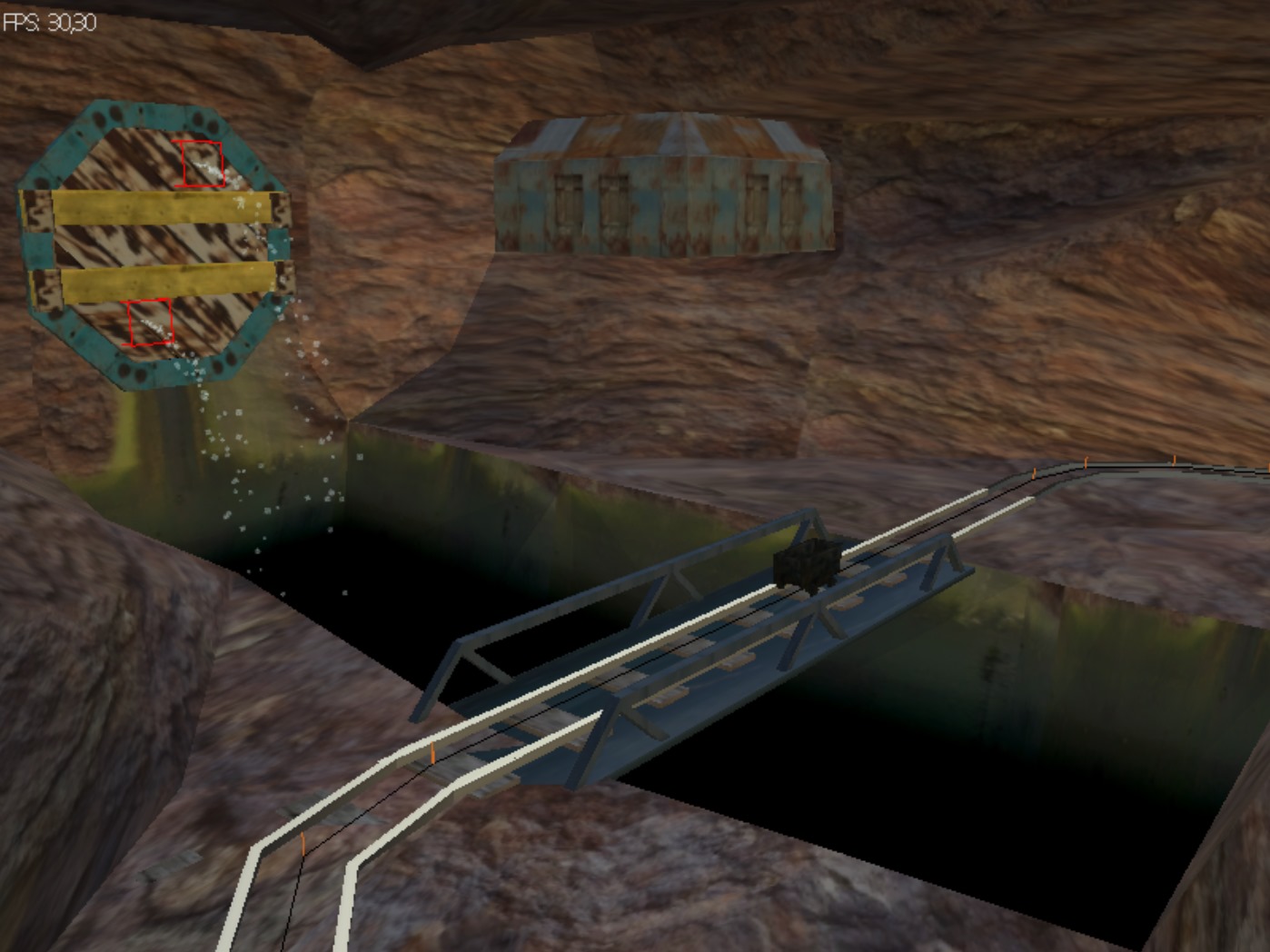 An unfinished hobby project made in C# XNA for Windows Phone. The scope was too big and I don't have any artistic talent. 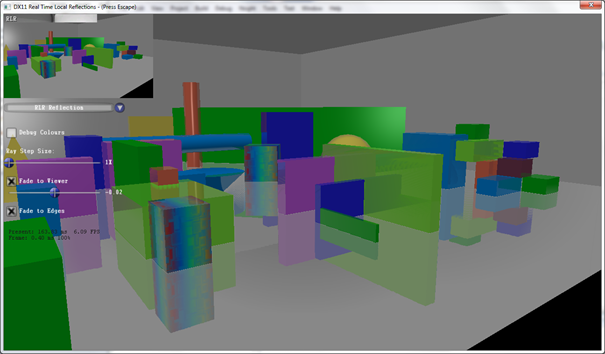 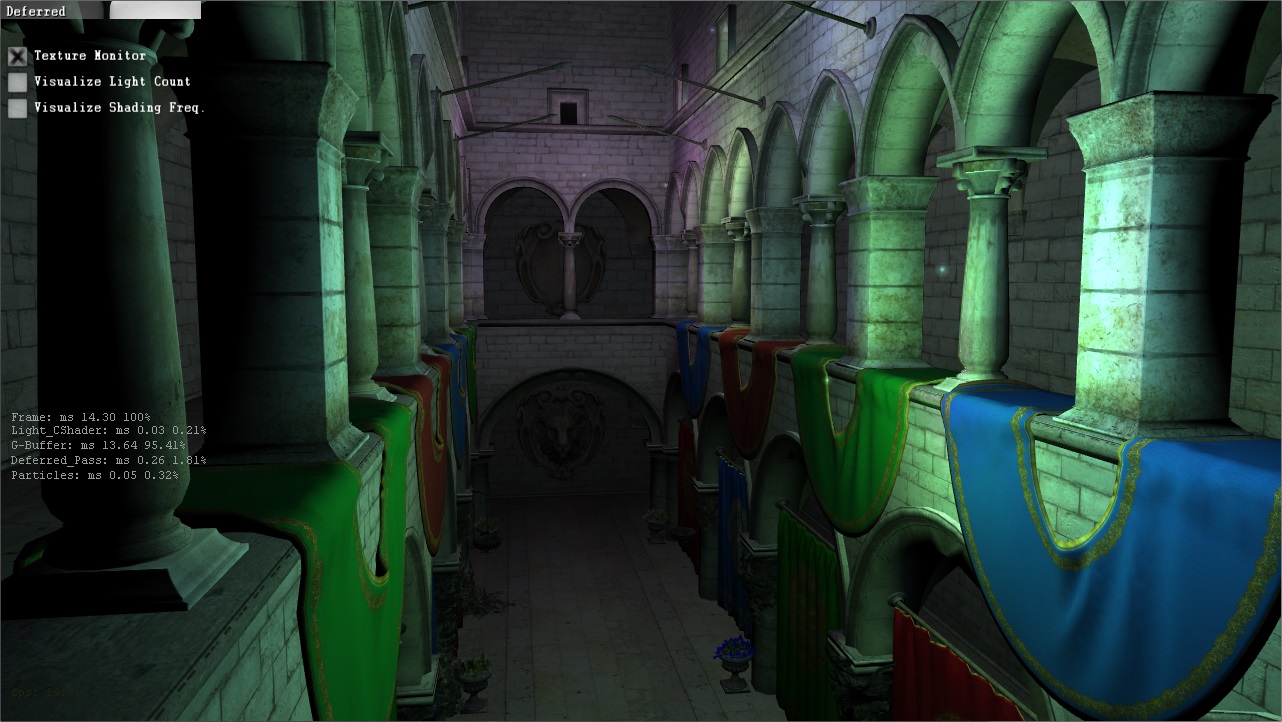 Based on "Deferred Rendering for Current and Future Rendering Pipelines" of Andrew Lauritzen. C++ Direct3D 11 + DirectCompute. 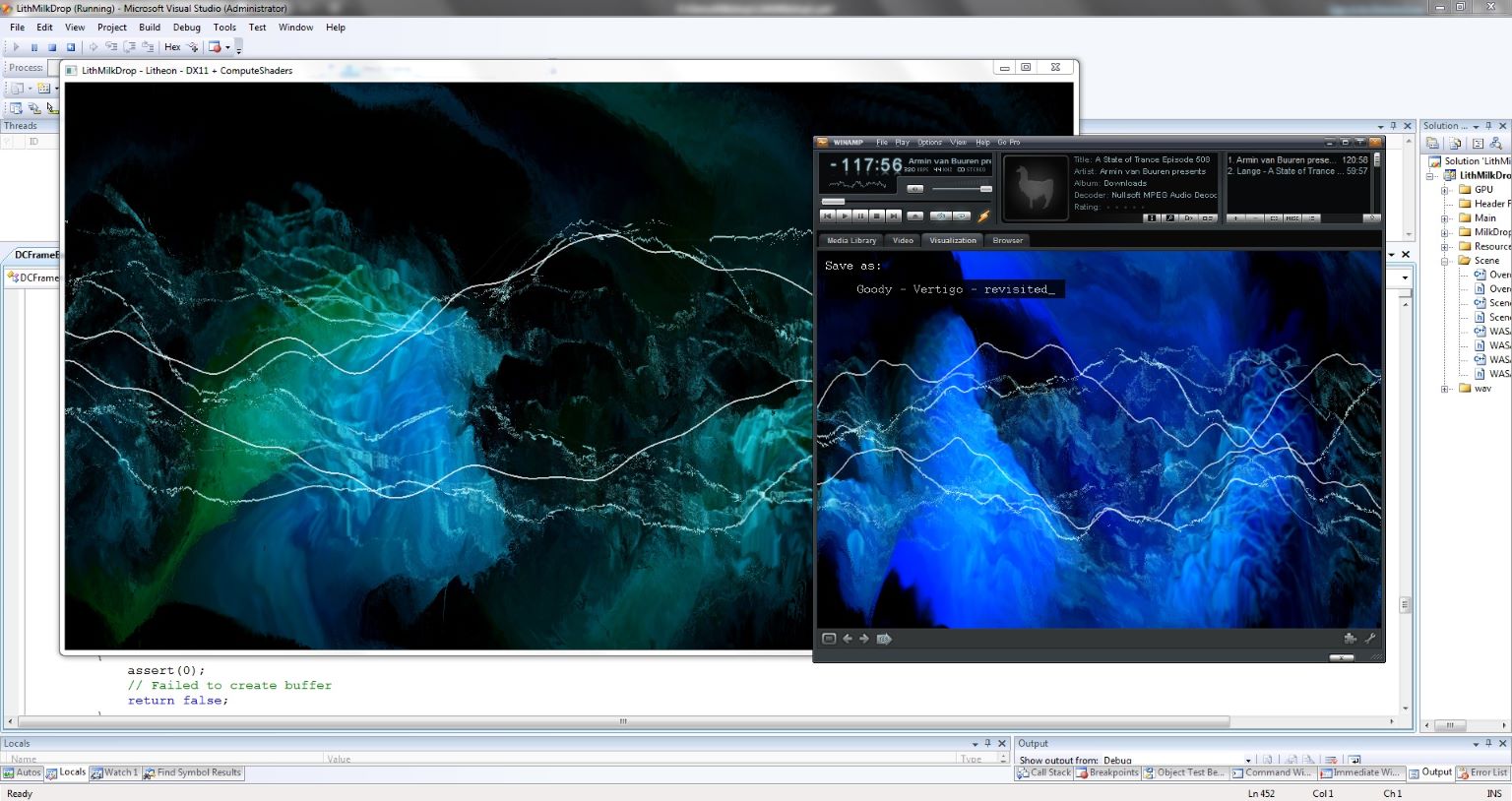 A clone of the music visualizer MilkDrop 2 included in Winamp. Rendering is done with Direct3D 11 and the equation solver is made in DirectCompute.

A big "thank you" to Geiss, the inventor of MilkDrop, for publishing the source code of MilkDrop 1.14 and all the authors of all those beautifull MilkDrop presets. 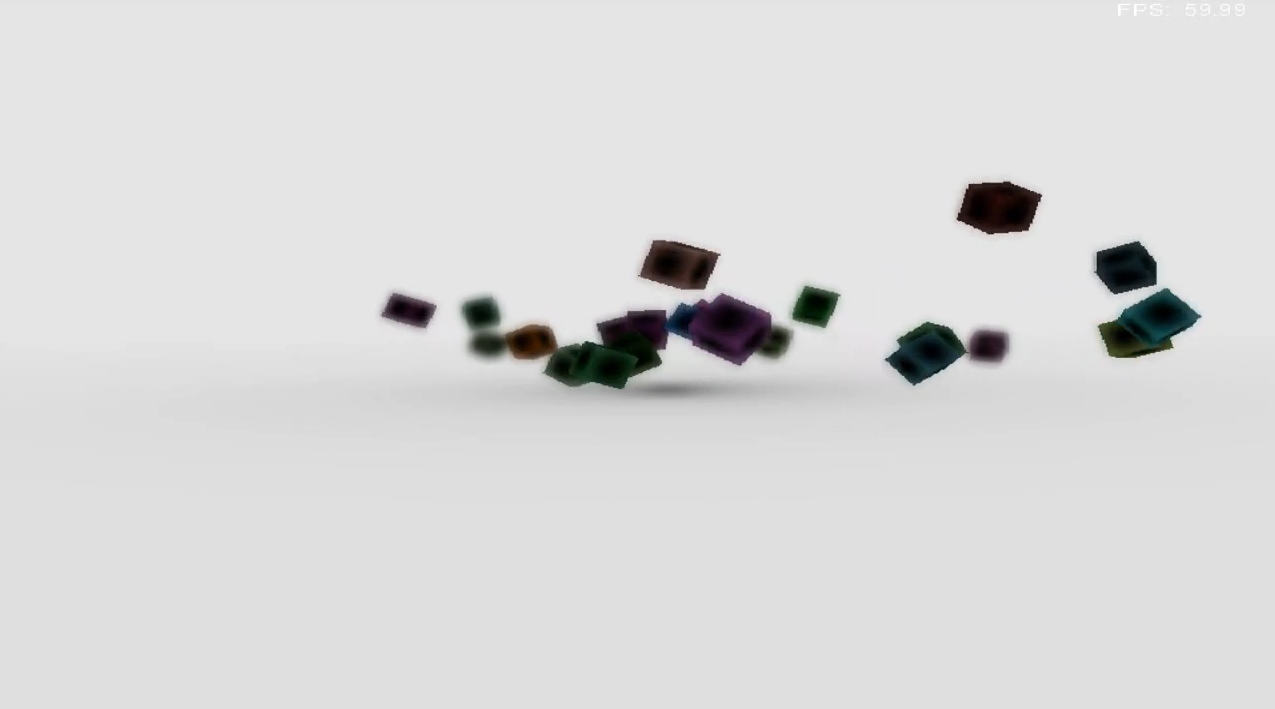 Tumbling cubes with a simple depth of field as post process. The rigid body dynamics are based on the presentation of Erin Catto "Iterative Dynamics with Temporal Coherence". My first encounter with shaders. Win32 C++ OpenGL 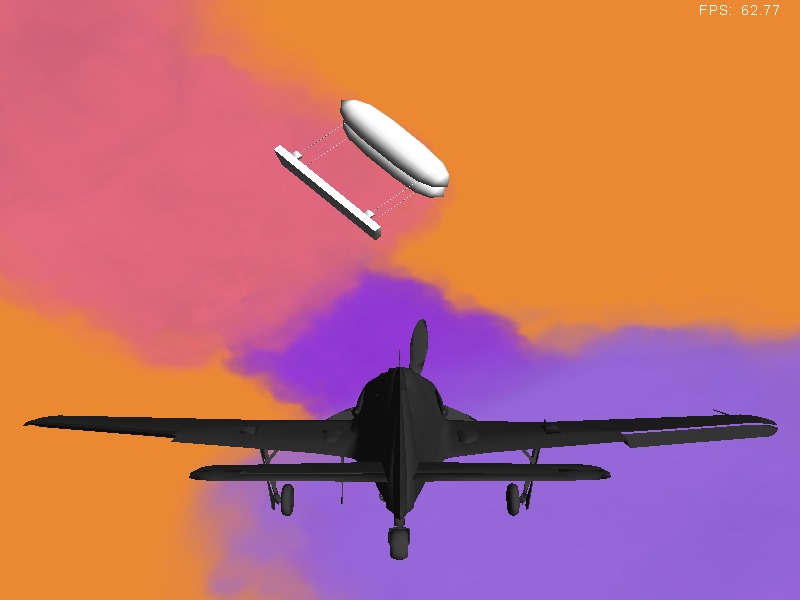 Original goal was a small airplane video game. My focus drifted to the rigid body dynamics articles of Chris Hecker and airplane physics. 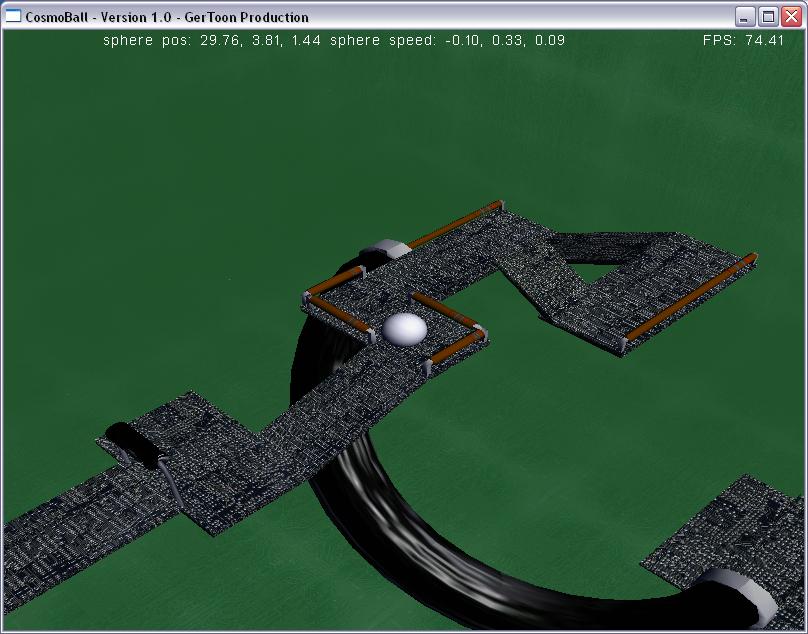 This is a little game where you can control a ball and have to manage it through obstacles. The world is supposed to be full with electronic components. Win32 C++ OpenGL 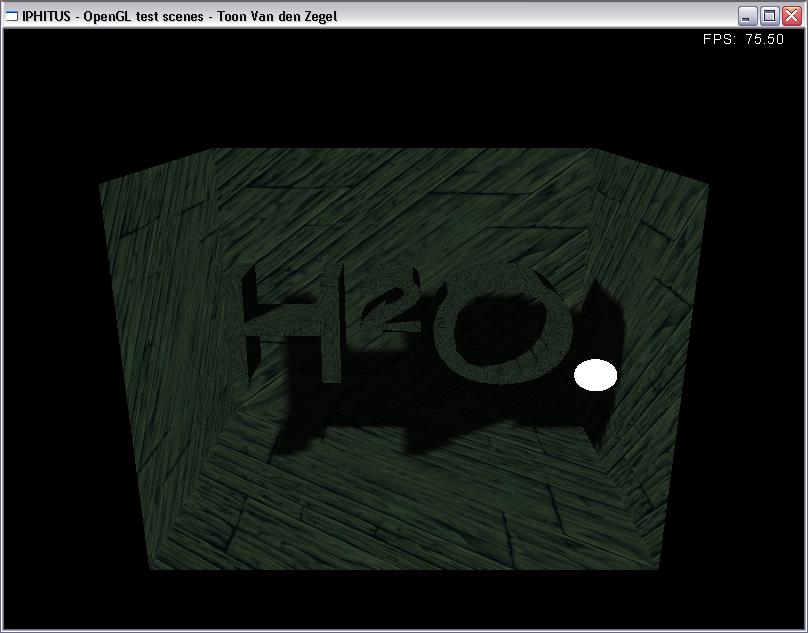 This is an C++ OpenGL application where a ball bounces in an environment made in 3d Studio Max. Self-made lightmapping is applied on the environment. This was my first real 3D collision demo. 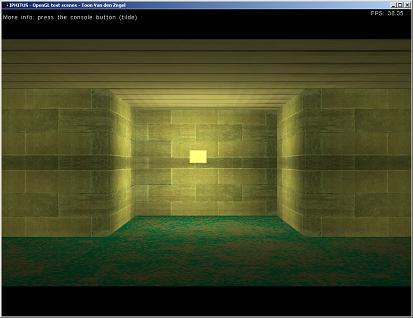 An application that generates light maps depending on the placement of different light points. C++ OpenGL. 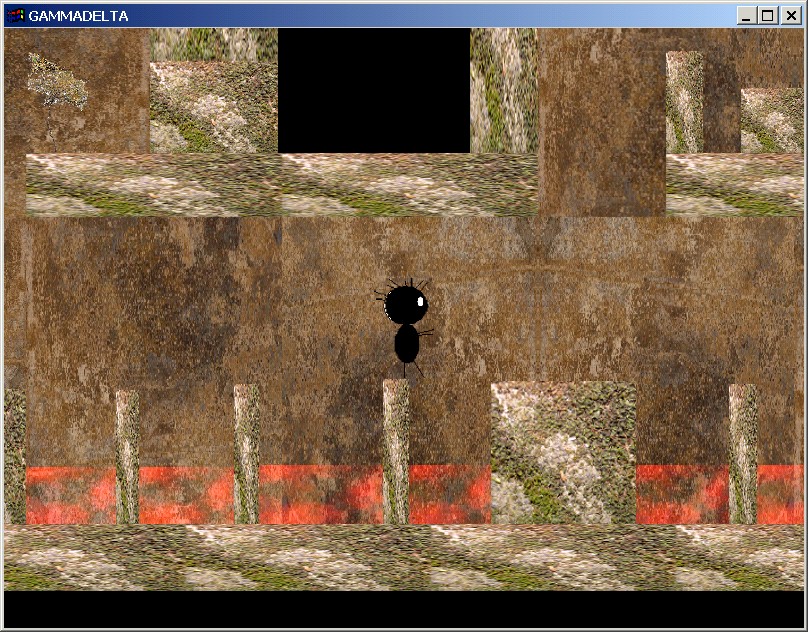 This was my first finished Win32 C++ OpenGL game. In the game you have to to find 2 magic bottles. After that you can pass the poisoned water to get to the finish. The controls are: arrow keys + space bar (F4 = ghost mode). 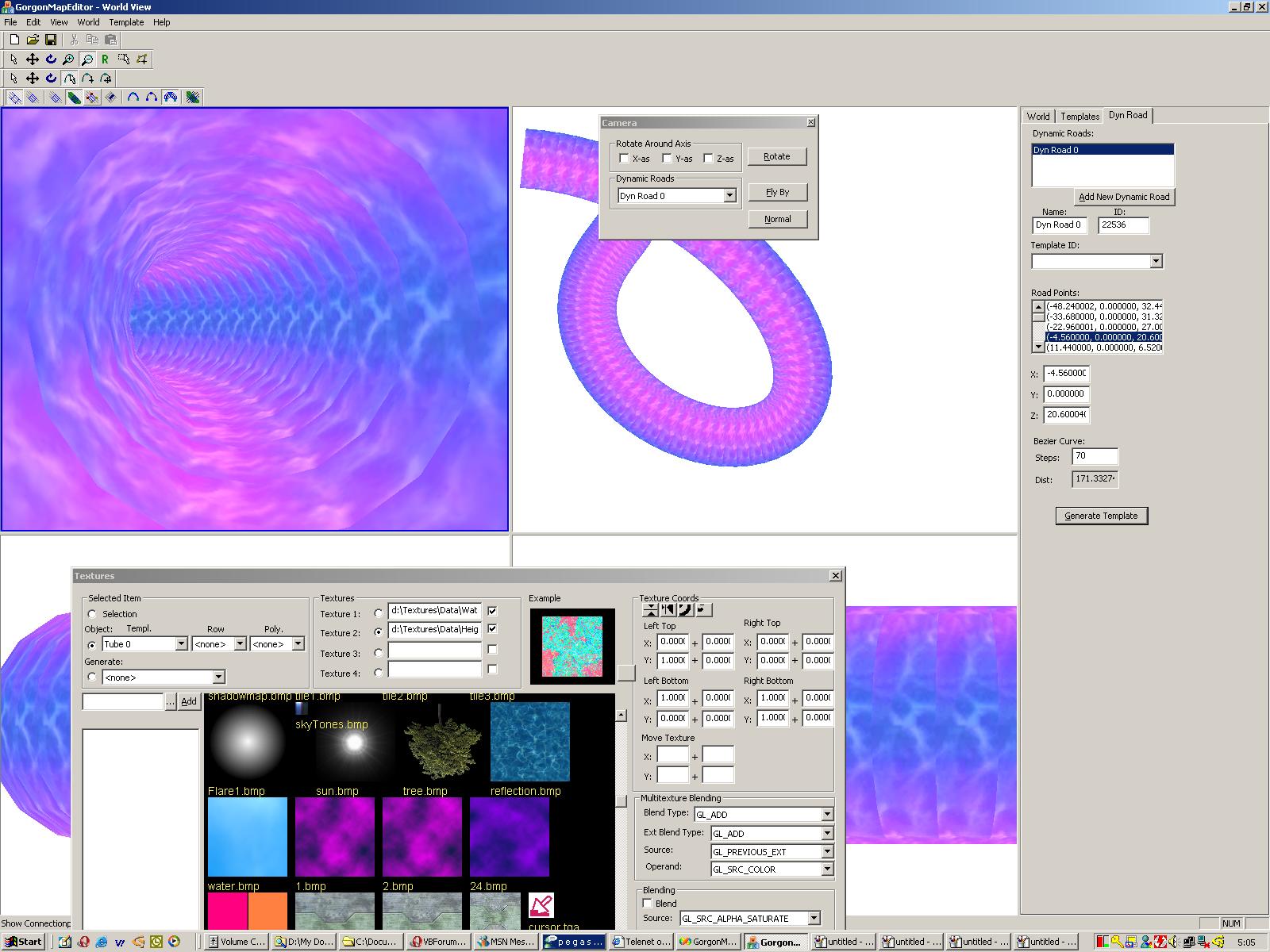 A C++ MFC OpenGL application for creating 3D objects, especially tunnels. During the first year of college I had the idea to create a tunnel racer. Instead of learning an existing 3D modeling program I started with my own 3D editor in C++ with MFC and OpenGL. It took me a long time and a lot of work in oder to create a functioning application. You could create loopings, bend tubes, draw basic primitives, texturing, etc. I never started on the actual game itself. But on the opposite side, I learned a lot of new things due to this project. 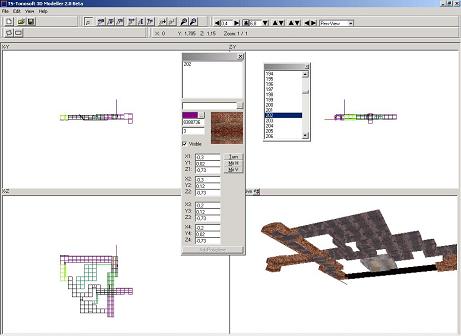 As almost every teenager I was playing video games non-stop. Inspired by those games, I wanted to create my own game. Because I was already messing around with Visual Basic 5 & 6 for a few years I started programming a level editor with the use of Direct3D 8 (only the perspective view was in direct3D). I wanted to create an FPS that was located in a sewer. I managed to create a basic level editor and as you can see I had made a small level. It took a long time to create because my editor requested a lot of manual input. For the game itself, I got as far as walking around in the level with some basic collision detection and you could open a door.